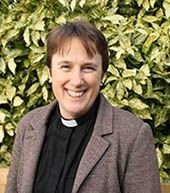 Ann was born and raised in South London.  She studied Applied Sport Sciences in Edinburgh before engaging with a career as a civil servant, mostly in London. In 2009 Ann began to sense and follow God’s call towards ordained ministry. She resigned from her job in London and moved to Ripon College Cuddesdon, Oxford, to complete her theological training. After this she returned to Southwark Diocese to serve her curacy in Barnes before becoming the Vicar of Holy Trinity Northwood in 2017.

Ann loves to spend time outdoors, on the ocean, walking through woods, or hiking in mountains.

Tony was born in Ealing, West London. Sport was his passion growing up, particularly canoe racing, and he competed for Great Britain for a number of years as a junior. It was whilst at Nottingham University, studying English, that Tony came to faith. On returning home, he worked in Publishing and later on as an English teacher.

In 2017 he was accepted onto ordination training and finished his studies at St Mellitus College in 2020. He is married to Rosie and they have two children, Zach and Amy.

When not working at Holy Trinity, Tony is a Chaplain at a school in Greenford and you may find him running around Ruislip woods or cycling in the Chilterns! 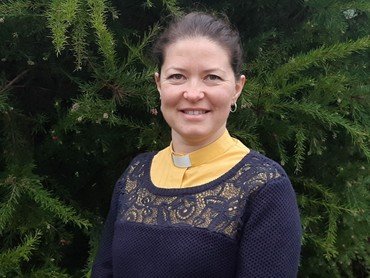 Rosie grew up in Ealing and trained in London as a classical pianist.

In 2011, whilst studying to be a Licensed Lay Minister, Rosie began to sense a call to ordained ministry and subsequently spent three years at St Mellitus College.

Rosie arrived in Northwood to begin her curacy in July 2020 and enjoys running, long walks and good coffee. 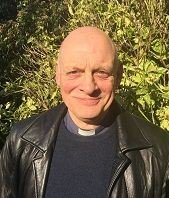 John Bridges was called to Christian ministry in his twenties. In the decades it took to convince the church he traveled widely and had more incarnations than Doctor Who. These included soldier, salesman, businessman and writer. He is now ordained, currently serves as a chaplain in the Royal Naval Reserve and is establishing himself as a full-time writer. John is currently working on three novels, the first of which is published as "The Blood of Innocents".

Hannah was born in Watford but grew up in Harefield. She has been a nursery nurse in different nurseries in the area. Then she became a teaching assistant in a school in Uxbridge. She came to faith when she was 14 and in Summer 2019 she helped out at a children's holiday club and took a leap of faith to leave her home church to join a new one. She is also a Girl guiding leader. She loves travelling, walking, exploring and listening to music.

Miriam grew up on a family farm in Somerset. After studying at Southampton University and Somerset College of Arts and Technology, she came to London to seek her fortune (!) After meeting her husband (who grew up in Ruislip) she stayed in the area and has lived in Northwood for 37 years.

Miriam has worked for the Methodist church both centrally and locally, and is a supporter of ecumenism. Her hobbies are gardening, choral singing and exploring Britain's architectural and landscape heritage.

I first attended Holy Trinity as a boy when our family moved down from Edinburgh in 1958. Members of my family have attended Holy Trinity ever since. My wife, Hazel (who currently is a Deputy Warden) and I moved back to Northwood in 1986, since when we have been regular attendees at Holy Trinity, including our three daughters, one of whom, Fiona, got married at Holy Trinity in 2013. I was first appointed to the PCC in 2009, and as a chartered accountant currently sit on the Finance Committee, and also on the Premises Committee (as well as being one the churchyard gardeners). 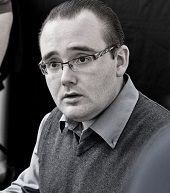 Richard has previously served at Holy Trinity as Director of Music and also as organist at St Magnus-the-Martyr, City of London. He He is a professional conductor, musical director and accompanist, and has worked on over 60 musicals; in the West End, on UK tour and in studio theatre. He also teaches at London's top drama schools. His organ training was with Dr Christopher Tolley at Winchester College. He has worked with some top uk professional and amateur choirs as a composer, including The Platinum Consort (for whom he was Composer in Residence 2005-15), The Exon Singers and Thomas' Choral Society in Battersea. He has also written a number of stage works and is currently composing and conducting the music for a series of musical audiobook pieces with Evcol Entertainment. He has also appeared on BBC Radio 3 discussing writing, performing and working with singers. Richard holds the MA in music from Cambridge University and the AMusTCL diploma in music.